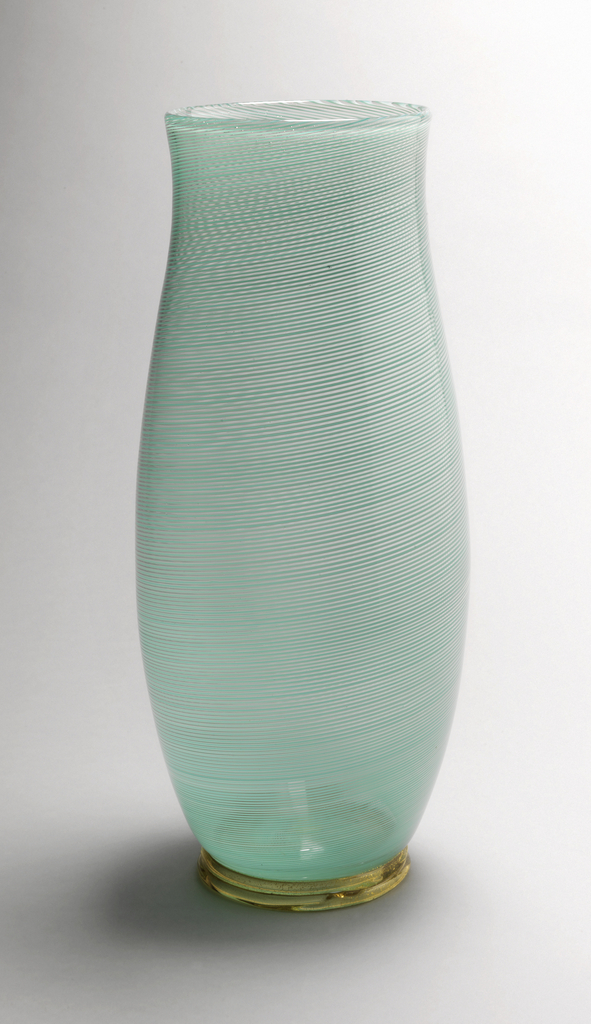 See more objects with the color darkgrey slategrey dimgrey grey or see all the colors for this object.

This is a vase. It was designed by Carlo Scarpa and made by Venini Glassworks. It is dated ca. 1934 and we acquired it in 2013. Its medium is hand-molded glass set with fire-joined turquoise canes (mezza filigrana), gold leaf inclusions. It is a part of the Product Design and Decorative Arts department.

This vase by architect and glassmaker Carlo Scarpa for Venini glassworks is a superb example of craftsmanship and design innovation in Venetian glass, a region of historical importance to glass production. The vase also represents a collaboration between two of the greatest glass designers of the 20th century, Scarpa and Paolo Venini.
Until recently, outside the glass collecting community, Scarpa was most commonly known as an architect. His experience in the glassmaking industry had a great effect on his architecture, which focused on materials, technique and, above all, craftsmanship. Scarpa’s first experience at a glassworks was in 1926, when he began designing for Cappellin, a major Murano glass factory that had, until the previous year, been in partnership with the Venini glassworks. Cappelin closed in 1932, the year Scarpa began designing for Venini. Scarpa worked closely with Venini’s founder, Paolo Venini, whose understanding of form may have helped Scarpa marry form with technique in later designs. Scarpa was fascinated by the technically and physically challenging process of glassmaking and closely studied the glassmakers who worked for years to perfect their skills. Through long hours of work and the knowledge he gained at Venini, Scarpa developed a range of new and transformed glass shapes, surface patterns, and effects, including the half-filigree (mezza-filigrana) technique. He combined a modernist sensibility with a desire to update complex traditional methods. This vase reflects careful color choice and is the largest form known to be executed in half-filigree decoration. The vase appears in Venini’s blue copybook of forms as number 3461, with a creation date of about 1934.

Scarpa began his first series of half-filigree works in 1932, the year of his arrival at Venini. Two years later, Venini exhibited these objects for the first time at the 1934 Venice Biennale. The company exhibited Scarpa’s half-filigree works again in 1936 at both the Venice Biennale and the Milan Triennale in a range of colors: opaque white, black, coral, azure, pink, and green. The pieces were intricate, innovative, and technically difficult. In designing them, Scarpa revived the old Murano tradition of half-filigree. The half-filigree technique was first developed as early as the 16th century, when Murano glassblowers imbedded filaments of lattimo (opaque white) glass into a transparent molten glass. They initially created parallel lines, but through practice and experimentation developed a variety of designs, most commonly spiral, within the glass. By the 18th century, glassmakers were incorporating colored threads into the molten glass, to even greater visual effect.
In this vase, colored spiral lines of slightly varying thickness accentuate the curves of the body of the vase. Scarpa maintains a precise distance between each line and a consistency in the angle of its spiral. The choice of a turquoise blue reminiscent of the Venetian Lagoon and the use of a double-ring hand-blown foot set with actual pieces of gold leaf serve to remind the viewer of Venice’s connections to Byzantium and the gilded mosaics at St. Mark’s Basilica. These elements connote both place and modernity in their subtlety.
This vase would be the first documented piece of Venetian glass from the 1920 to 1940 era to enter the museum’s collection. While later pieces made in the Venini glassworks are in the collection, this would represent the first piece by Carlo Scarpa and the first from the early period of Venini’s production. Cooper-Hewitt is committed to telling the story of glass process and design. This vase represents several technical achievements, in addition to its overall design success, that enhance the history of glassmaking in general and Venetian glass creation specifically. Pieces by Carlo Scarpa are very rare. The size of this piece contributes to its rarity and also makes it an optimal work for the museum’s display purposes. The Scarpa vase proposed for acquisition would be a significant addition to the museum’s collection. 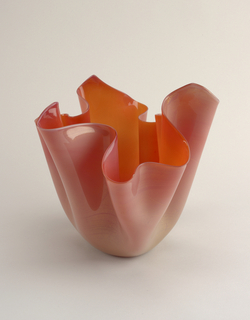 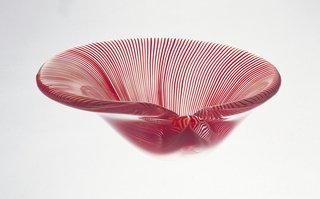 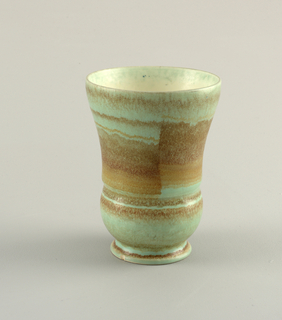 Our curators have highlighted 24 objects that are related to this one. Here are three of them, selected at random: 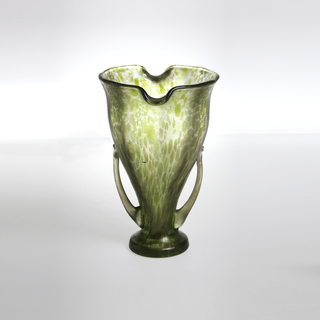 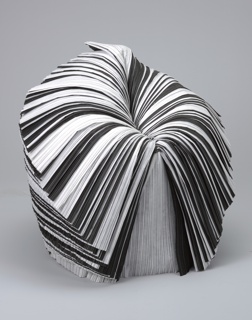 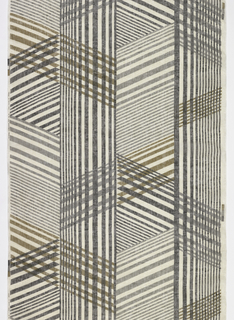 Acid etched on base: "Venini Murano Made in Italy"; Venini paper label on base