Carlo Scarpa was born in Venice in 1906, and lived in the Veneto for most of his life, until his death in 1978 at the age of 72. In 1919, he enrolled in the fine arts academy, simultaneously gaining work experience in local planning offices. He received his diploma and first personal commission the same year, in 1925; the latter was for Giacomo Cappellin, to restore the Palazzo da Mula in Murano, which housed Cappellin’s glassmaking company’s administrative offices. The work introduced him to glassmaking, and the following year he started to design glasswares for the company, MVM Cappellin, doing so until it closed in 1932. That year, he went to Venini, for whom he designed for fifteen years, serving as... more.

We have 10 objects that Carlo Scarpa has been involved with. 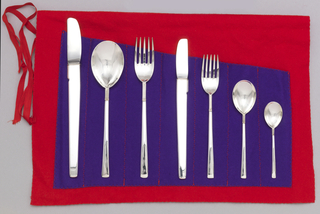 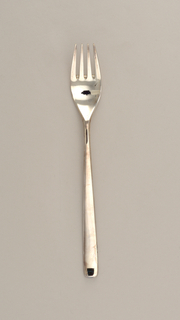