Started by Swiss cutler and surgical equipment-maker, Karl Elsener (1860-1918) in 1884, the company was originally called Karl Elsener after its founder, and located in Ibach, Switzerland, where it is still based. In 1891 Elsener won the contract to produce the Modell 1890, a utilitarian folding knife for the Swiss Army. The knife contained not only a blade, but also several tools—a reamer, can-opener, and screwdriver. Elsener controlled the market for these knives until 1893, when another Swiss industrial cutler in the French-speaking region of Jura, Paul Boechat & Cie, later known as the Wenger Company, began selling a similar product. In 1908, the Swiss government divided the contract equally between... more.

We have 2 objects that Victorinox has been involved with. 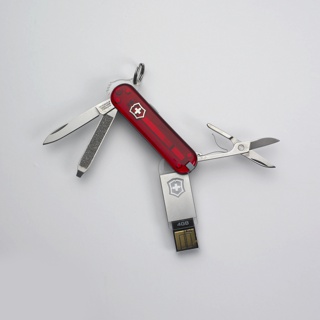 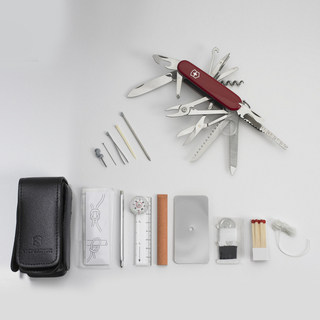