Gilbert born 1943, Dolomites, Italy George born 1942, Devon, England Glibert & George have been collaborating since they met in 1967 at St. Martin's School in London. In the 1970s, they put on mettalic makeup and became "living sculptures" performing in streets, parks and galleries. Gilbert & George wanted to merge art and the artist. They also made artists books, film, and photo pieces, but to them, these are still considered sculptures. Artist team who achieved popularity in the 80s for their performance pieces.

We have 3 objects that Gilbert & George (Gilbert Prousch, Italian, b. 1943 and George Passmore, British, b. 1942) has been involved with. 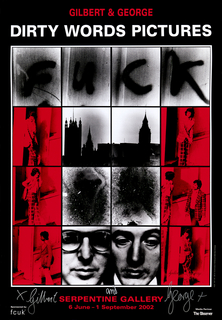 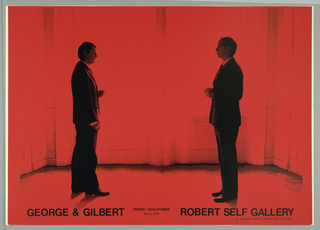 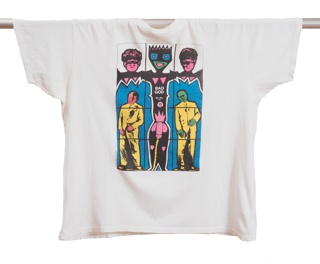