Louisa Etcheverry’s father and uncle had been pottery workers. She was very good at figurines. Etcheverry married Albert King, who had apprenticed from her uncle. In 1922, she and her family moved to Los Angeles where she began working at her uncle Merle Meyers’s Vernon Pottery. She and King established a studio after their marriage.

We have one object that Louisa A. Etcheverry has been involved with. 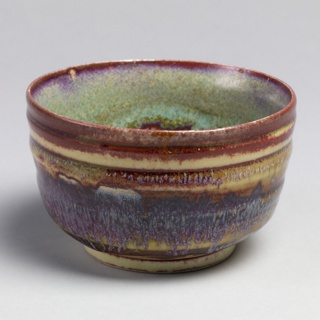