A potter, a sculptor, and a porcelain painter, Dalpayrat was born in Limoges in 1844, and went to the School of Drawing and the Municipal School of Painting on Chinaware, after which he worked in Limoges and Monte Carlo. He established his workshop in Bourg-la-Reine in 1889, with his wife and three (later four) sons. He specialized in stoneware with high-temperature flambé glaze and perfected a copper oxide red glaze that became known as "Dalpayrat red," which he combined with yellows along with rich greens, blues and purples to achieve a marbled effect. This brought him considerable attention at the 1892 salon, and in 1893 he won a gold medal at the Chicago International Exhibition. He went on to make... more.

We have 3 objects that Adrien Pierre Dalpayrat has been involved with. 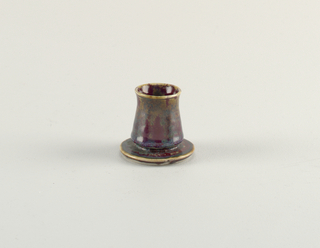 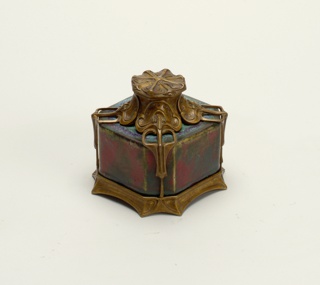 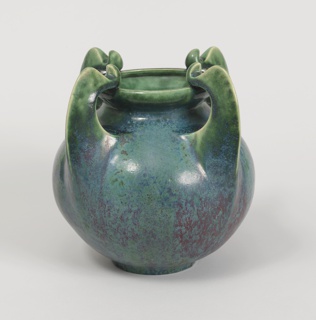