Ceramist Lisbet Daehlin lived and worked in Norway since 1949 until her death in 2012. She studied at the School of Crafts in Copenhagen from 1942 to 1945, and then apprenticed in several workshops. In 1949, she moved to Lellehammer where she assisted the ceramic artist Svein Visted. In the 1970s, after moving to Oslo, she became a pioneer for craftspeople, exhibiting her work and establishing a successful business. Daehlin created everyday objects, such as pitchers and teapots.

We have one object that Lisbet Dæhlin has been involved with. 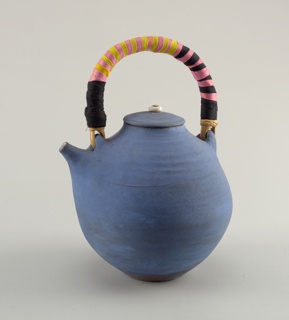