Founded in 1880 by Maria Longworth Nichols, Rookwood produced appealing vases, hand-decorated by a diverse group of talented artists. There were 20-25 artists decorating pieces at any given time. Many were innovative as well as talented. In the early 1900s, Rookwood began using matte finishes and vellum glaze, a translucent matte glaze. Rookwood filed for bankruptcy in 1941 and, although it did reorganize, it was repeatedly sold and finally shut down in the 1960s. In 1886, Rookwood began using the insignia--a backwards R with a P, and subsequently added a flame around the letters, adding a flame each year to indicate the date the piece was produced. Stating in 1900, the year of production is indicated in... more.

We have 43 objects that Rookwood Pottery has been involved with. 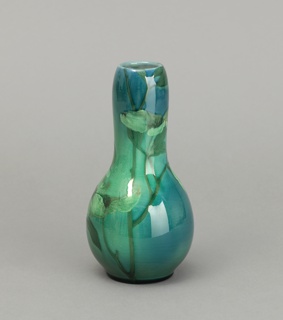 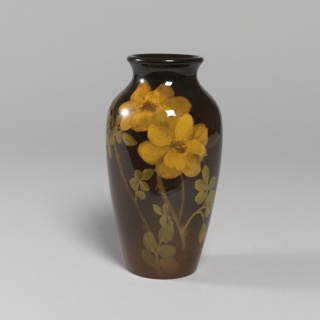 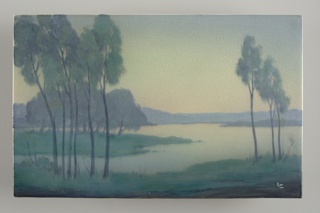 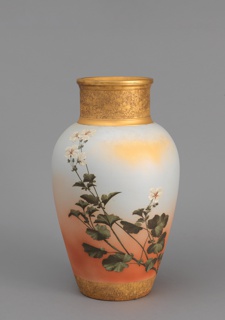 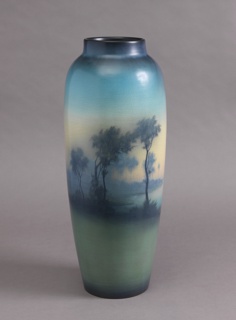 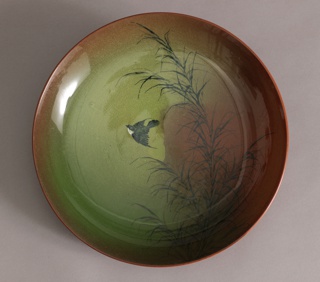