Richard C. Koch was born in 1922 in Denver, CO. He was interested in electronics and engineering from a young age. He graduated from Cornell University with a Bachelor of Science in Electrical Engineering, and he was in the process of earning his PhD at Harvard when WWII began. The war forced him to put a hold on his study and serve in the Navy, working on radar. Upon returning from service, he started doing consultation work but was soon after recruited by Regency, where he worked on the first transistor radio (TR-1), for which his name appeared on the patent. In 1956, two years after the unveiling of the TR-1, Koch moved back to Denver where he worked for Martin until 1960. He then took over his family’s... more.

We have one object that Richard C. Koch has been involved with. 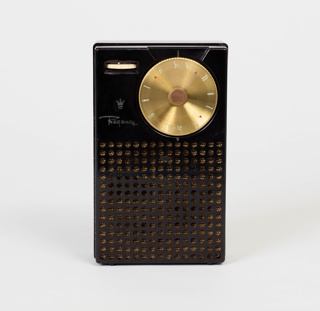