Jurgen Greubel attended the University of Applied Sciences in Weisbaden, the same institution that Dieter Rams attended. Greubel worked full-time as a designer at Braun for six years, focusing primarily on household appliances and body care. This included products such as grills, heaters, hairdryers, and steam irons. In 1973, he began working for the Design Research Unit in London. During his tenure away from Braun, he also worked for London Transport. In 1976, he began working as a freelancer but was still a part of projects at Braun.

We have one object that Jurgen Greubel has been involved with. 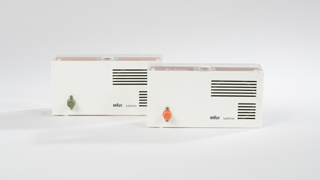