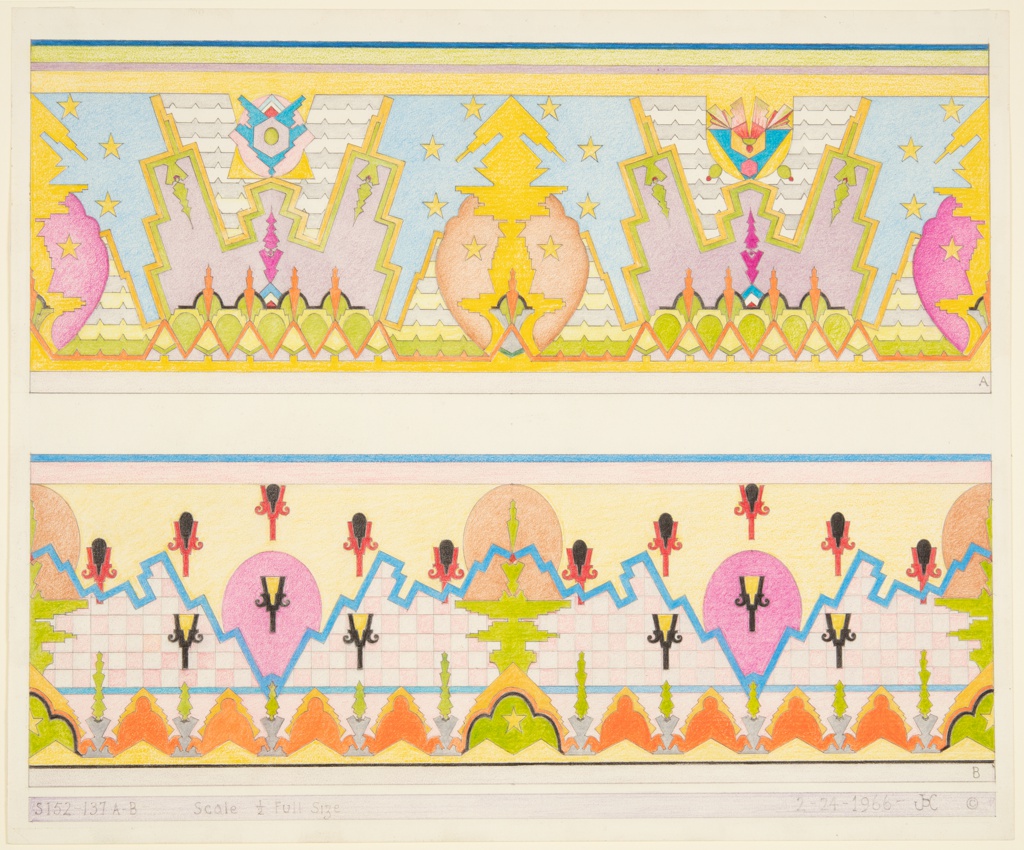 This is a drawing. It was designed by John De Cesare. It is dated February 24, 1966 and we acquired it in 1982. Its medium is color pencil, graphite on cream wove paper. It is a part of the Drawings, Prints, and Graphic Design department.

John De Cesare was born in Palermo, Italy, in 1890. In 1895 his family moved to New York City, where the artist remained until his death in 1972. He received his training at the Mechanics Institute, Cooper-Union, and the Beaux-Arts Institute of Design, all in New York City. For a number of years during the 1930s he served as juror for the prestigious sculpture competitions held by the Beaux-Arts Institute.