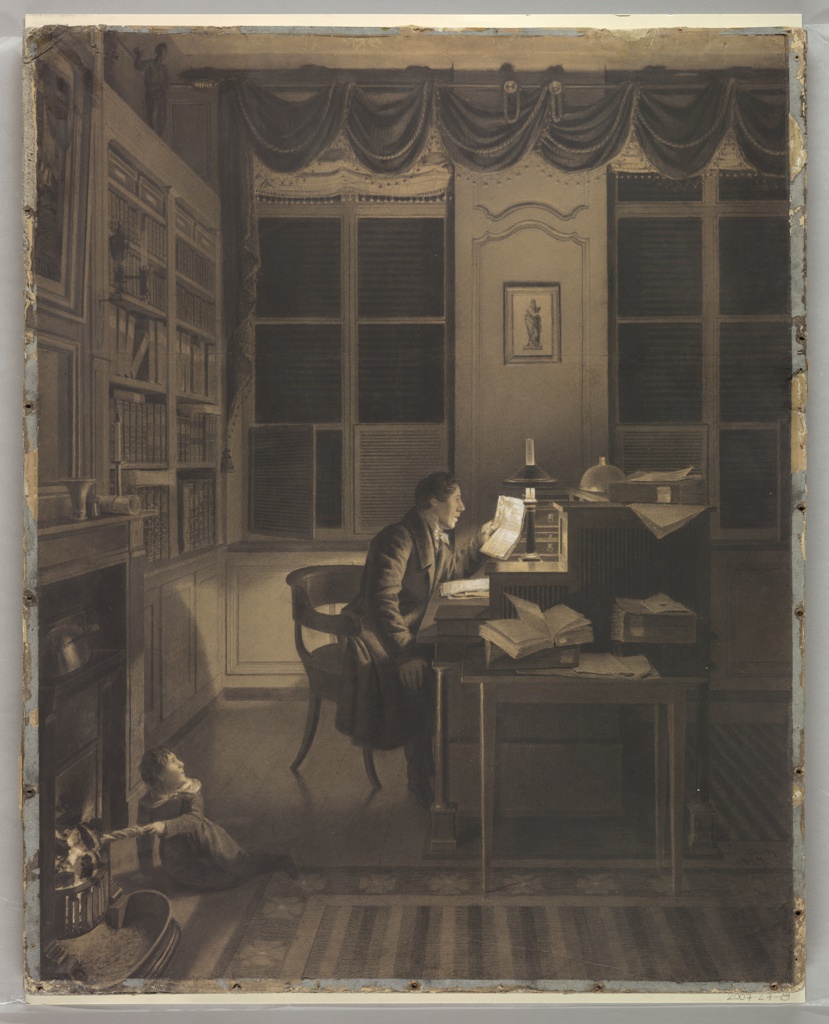 There is one other image of this object. This image is in the public domain (free of copyright restrictions), and as such we offer a high-resolution image of it. See our image rights statement.

Drawing, Interior with a Man Reading at His Desk

This is a Drawing. It was created by A. L. Leroy. It is dated 1827 and we acquired it in 2007. Its medium is charcoal stumped, black and white chalk on tan wove paper mounted on paperboard. It is a part of the Drawings, Prints, and Graphic Design department.

This object was donated by Clare E. Thaw and Eugene V. Thaw. It is credited Thaw Collection.