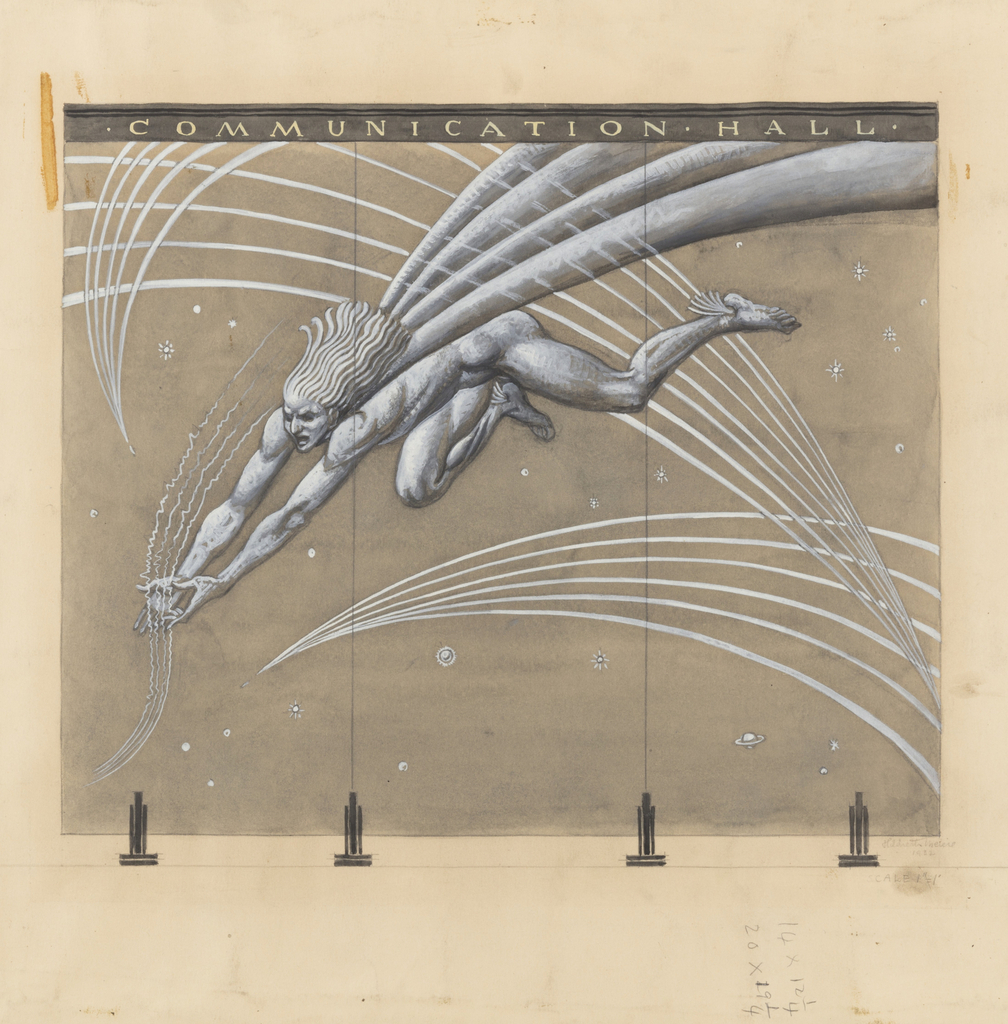 This is a drawing. It is dated 1932 and we acquired it in 2001. Its medium is brush and white gouache, black wash, graphite on tan paper. It is a part of the Drawings, Prints, and Graphic Design department.

Hildreth Meière (1892–1961) was among the most important members of the 1920s and 1930s generation of New York-based modernist painters and designers. An exceptionally accomplished and productive decorative designer of architectural decoration, her mosaic murals and metal reliefs graced public buildings as well as domestic interiors all over America. Only recently has she been restored to her rightful position as a major contributor to the rise of modernism in America.
Trained at the San Francisco School of Fine Arts and the Art Students League in New York, Meière built a career designing mosaics and murals for buildings including the National Academy of Sciences, Washington D.C. (1924); the Nebraska State Capitol, Lincoln, Nebraska (1924–32); One Wall Street, New York (1931); the AT&T Long Distance Building, New York (1932); and Illinois Bell Telephone, Chicago (ca. 1938). Her special area of expertise was designing mosaics and stained glass for religious institutions such as St. Bartholomew’s Church (1929–56); Temple Emanu-El (1929); and St. Patrick’s Cathedral (1942), all in New York City, as well as Washington’s National Cathedral (1951). She gained particular attention in New York when she was awarded dual commissions in 1932 for relief sculptures in mixed metal and enamel on the exteriors of both the RKO Center Theatre Building and Radio City Music Hall in Rockefeller Center.
Meière was particularly proud of her World’s Fair commissions.[1] For the 1933 Century of Progress International Exposition in Chicago, she executed the Progress of Women mural for the National Council of Women and the decoration of the terracotta pool floor for an American Telephone and Telegraph installation. For the 1939–40 New York World’s Fair, she completed eleven exterior murals for Fair buildings including Medicine and Public Health, Science and Education, Johns-Manville, American Telephone and Telegraph (AT&T), and the Temple of Religion.
This striking drawing, Design for Sand-Blasted Glass Mural: Mercury Gathering Air Waves Amidst Planets and Stars, was formerly in the collection of Hildreth Meière’s daughter. The drawing’s mythological theme captures the 1930s enthusiasm for classical motifs, which designers portrayed with sleek monumental figures to project a heroic vision for the future (as in the Prometheus Fountain at Rockefeller Center). The drawing bears a 1932 date and an inscription indicating the project’s theme and destination, “Communications Hall.” The communications theme was especially popular during the late 1920s and 1930s, when electricity, telephones, and radio represented the new technology of the time. In these years, many new telephone buildings were constructed all over the United States, the interiors of which often were decorated with mosaic or painted murals. Meière, for example, created interior designs for the lobby of the AT&T Long Distance Building (1932) and an office in the Illinois Bell Telephone Company in Chicago (1938).
The proposed 1932 drawing was connected to the American Telephone and Telegraph (AT&T) Company installation at the Century of Progress Exposition. According to the Fair’s official guide book, the company had two installations: one in Raymond Hood’s Radio & Communications building, which illustrated the story of communication; and another in the Electrical Building, also designed by Hood, that included telephones and other communication apparatuses such as teletype writers and telephone switchboards.[2] The drawing’s annotation of Communications Hall, the commonplace name for the Radio & Communications building, suggests that Meière originally proposed a sand blasted glass mural for the AT&T installation, but was commissioned to design a mosaic pool for the Communications Garden outside of the Communication Hall.
The acquisition of this work will strengthen the museum’s representation of early American modernist drawings, particularly by women designers who played an important role in developing and popularizing American modernist interiors, textiles, ceramics and other decorative arts and industrial design objects. Meière rightfully should join other female early modernists in the collection such as Eva Zeisel, Ilonka Karasz, Ruth Reeves, and Marguerite Zorach. The Meière drawing also relates to other art deco designs in the collection with similar ornamental abstractions and sharp figural contours, such as Rockwell Kent’s Wall Elevation for Bedroom or Dressing Room (1984-124-11) and many pieces from the Deskey and Dreyfuss archives. Finally, the drawing enhances the World’s Fair material in both the collection and in the museum’s library, including Donald Deskey’s Design for the Communications Focal Exhibit, for the Hall of Communications at the 1939–49 New York World’s Fair (1975-11-934).
[1] Hildreth Meière, “Working for a World’s Fair,” Journal of the Associated Alumnae of the Sacred Heart IV (1939–40): 1–6.
[2] Official guide: book of the fair, 1933 (Chicago: A Century of Progress, 1933).
[3[ See Catherine Coleman Brawer and Kathleen Murphy Skolnik, The Art Deco Murals of Hildreth Meière (New York: Andrea Monfried Editions, 2014): 180-82.

This object was featured in our Object of the Week series in a post titled Mercury's Swift Flight.

It is credited Museum purchase from Drawings and Prints Council Fund. 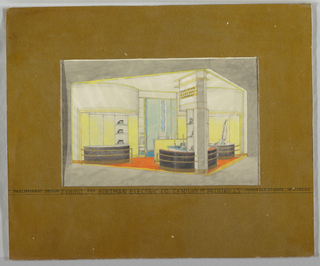 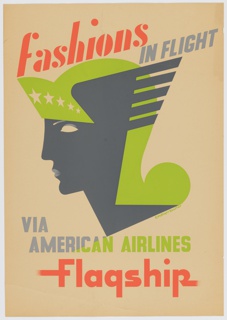 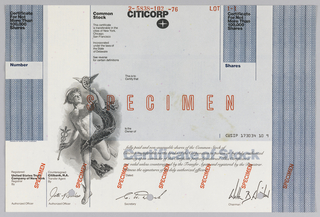 Our curators have highlighted 9 objects that are related to this one. Here are three of them, selected at random: 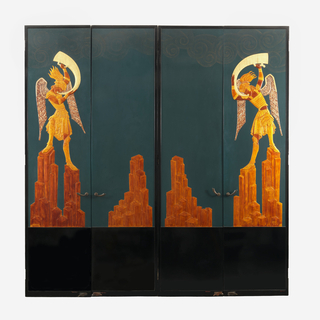 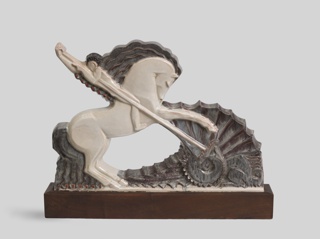 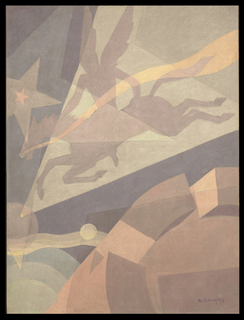 This object was previously on display as a part of the exhibition The Jazz Age: American Style in the 1920s.