Born in Turin, Italy, in 1923, Martinazzi moved to Florence for his craftsmanship training in 1953. Though he was initially drawn to many different art forms, he was struck by goldsmithing. He later became interested in sculpture. In Florence, Martinazzi studied embossing, chasing, and enameling at the Scuola Statale d’Arte; he augmented his study at the Institute of Art in Rome. Martinazzi had his first solo exhibition in Turin in 1955, not long after moving to Florence, and since then he has continued to wield influence and garner acclaim. Martinazzi typically works in gold and stone, creating highly sculptural pieces. Though he is known for depicting body parts, at the beginning of his career, his... more.

We have 2 objects that Bruno Martinazzi has been involved with. 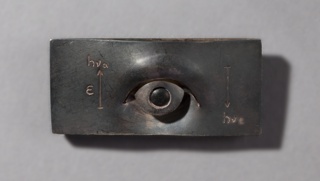 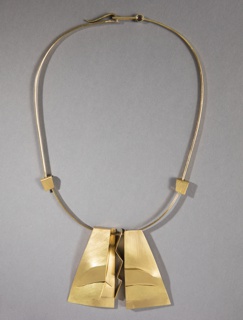 We know 1 people that Bruno Martinazzi is related to.