German-born artist Iris Eichenberg received her training as a jewelry artist at the Gerrit Rietveld Academy in Amsterdam, the Netherlands. After her graduation−with a series of work for which she was awarded the 1994 Gerrit Rietveld Prize, she taught in the jewelry department for several years, to become Head of Department in 2000. In 2007, she additionally accepted a position as Artist-in-Residence/Head of the Metals Department at the Cranbrook Academy of Art in Bloomfield Hills, Michigan, and moved permanently to the US a year later. Eichenberg’s work, extending from directly body-related objects and jewelry to multiples, serial work, and installations, has been shown at numerous galleries and... more.

We have 4 objects that Iris Eichenberg has been involved with. 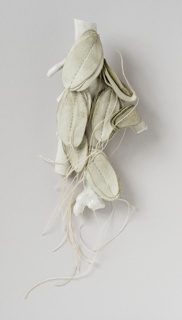 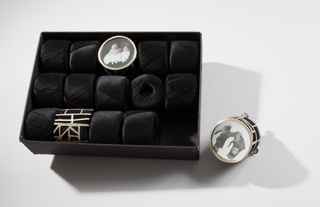 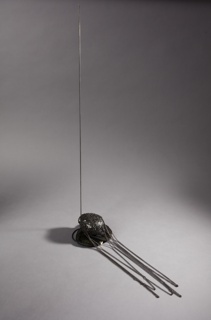