Draft #1: Sam Tho Duong completed his technical studies at the Berufsfachschule and the Technical College for Design of Jewerlry and Objects in Pforzheim, Germany in 1992, and he then worked as an apprentice and an employee for the Wellendorff jewelry company from 1992 to 1998 as a goldsmith. In 2002, he received a diploma in Design at the University of Design Pforzheim, and has since worked as a freelance designer. He has participated in exhibitions around the world, including Germany, the UK, the US, South Korea, Australia, and his native Vietnam. He has received awards including the Friedrich Becker Prize, the Herbert Hofmann Prize, and first prize in the Swarovski “Kopfschmuck” competition. His work... more.

We have one object that Sam Tho Duong has been involved with. 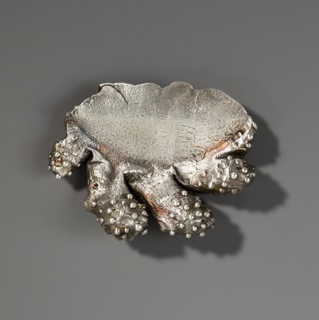