Callowhill was born in Worcester, England and worked at the Royal Worcester works. He came to America around 1885 when he was hired by Edward Lycett to work as a decorator at the Faience Manufacturing Company. He lived in Brooklyn, Baltimore, and finally Boston, where he died in 1939. Callowhill was an illustrator, painter, designer, and porcelain and glass decorator. His work was exhibited at the Society of Arts & Crafts in Boston in 1897, 1907, 1917, 1920-22, and 1924-27. He had a solo exhibition at the New York Society of Arts & Crafts in 1925.

We have one object that Sidney T. Callowhill has been involved with. 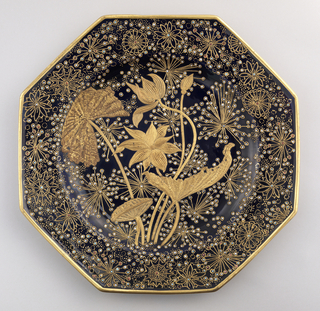