A member of the Association for Computing Machinery (ACM), and Institute of Electrical Engineers (IEE), Edens has an extensive background as a researcher, executive, entrepreneur and strategist in the fields of computer science, telecommunications and design. He has been a CEO or served in an executive capacity at a number of computer and technology companies,and was a co-founder of Grid Systems Corporation, the company that developed the GRiD Compass, the portable computer that has been called the first laptop. Edens has four patents.

We have 2 objects that Glenn Edens has been involved with. 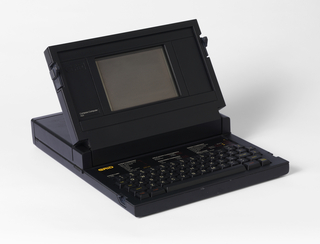