Founded in 1770, Leeds Pottery, quickly gained a reputation for elegant cream-colored earthenware in the neo-classical style. Known as Humble, Greens, & Co. before 1774, with William Hartley joining the business between 1775 and 1781 when his name was added to the title. In 1781, Humble retired, making the name Hartley, Greens & Co. During the nineteenth century, the pottery's export markets shrank considerably when factories in Europe and Russia copied its wares. Changing tableware fashions were another factor in the pottery's closure in 1881. Leeds Pottery was re-started in new premises in 1888 by a former employee of the original factory, lasting until 1957. The enterprise recommenced in 1983 when Leeds... more.

We have one object that Hartley, Greens, and Co. has been involved with. 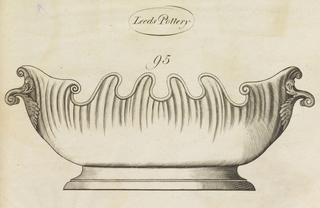