The Gem Clay Forming Company was founded ca. 1900 in East Liverpool, Ohio, through the combination of the pottery operations of B.H. Green, H.D. Weaver, and E. C. Albright. Within a few years, the company moved to Sebring, Ohio. The firm originally manufactured parts for furnaces. The original plant was destroyed by fire in 1908, but was rebuilt, and the company went on to manufacture porcelain for heating and electrical applications, which is made to withstand very high temperatures. During the Great Depression, the company created figurines based on characters in the popular 'Our Gang Comedy' films. The company’s offerings of clay figurines expanded considerably to include Tarzan, a French Lieutenant,... more.

We have one object that Gem Clay Forming Company has been involved with. 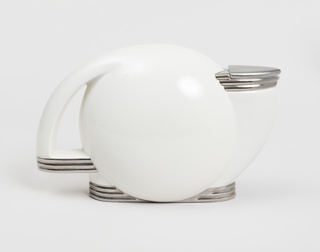