American designer and executive George G. Dubinetz was born in 1921. Dubinetz was educated at the University of Illinois, where he studied industrial design. He served as a captain in the U.S. Army Air Corps during World War II in both Germany and the Pacific theater. After returning from the war, Dubinetz began his career at the design engineering company Cowles & Co. in Chicago, Illinois in 1947. During his time at Cowles & Co., Dubinetz worked with entrepreneur Preston Tucker on the 1948 Tucker Sedan automobile (also known as the “Tucker ‘48” or the “Tucker Torpedo”). From 1948-1950, Dubinetz co-operated Parent International Inc., an invention marketing company. He developed a number of... more.

We have one object that George G. Dubinetz has been involved with. 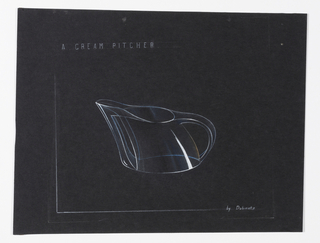