Mathias Bengtsson was born in Copenhagen, Denmark, in 1971. He studied furniture design at the Danish College of Design and the Art Centre College in Switzerland, before returning to Copenhagen to form the design collective "Panic," whose mission was to give young designers a voice within the Danish furniture industry and create new opportunities. Bengtsson relocated to London in 1996 to attend the Royal College of Art, where he studied under Ron Arad and earned a degree in 1999. He then collaborated with fellow graduates to create the design studio 'At the Third Stroke'. A year later, Bengtsson co-founded 'Design Laboratory' with Sam Buxton, before eventually establishing his own studio in 2002.... more.

We have one object that Mathias Bengtsson has been involved with. 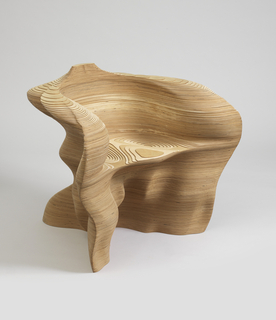