Established in 1912, Atelier Primavera was the design workshop of the Parisian department store of Printemps. By the 1920s the atelier was under the direction of René Guilleré, the founder of the Societé des Artistes Décorateurs and his wife Charlotte Chaucet-Guilleré. At the 1925 Paris exhibition Atelier Primavera’s wares earned prime position in the department store’s pavilion. Primavera, along with its more recently established counterparts at the Parisian department stores Galeries Lafayette, Bon Marche, and Magasins du Louvre, played a large role in introducing modern design to a French audience in the first decades of the twentieth century. Ceramics were a strength and the atelier listed over... more.

We have 2 objects that Atelier Primavera has been involved with. 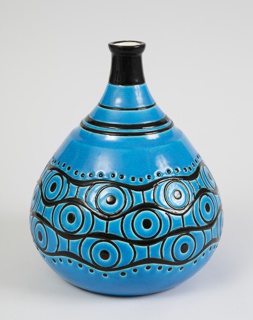 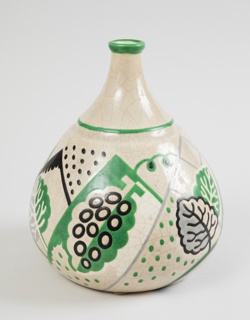