Monguzzi was born in Mendrisio, in the Ticino region of Switzerland, in 1941. He studied in Geneva and London, spent part of his early career in at the studio of Antonio Boggeri, in Milan. The inspiration of the experimental and visually-daring work of the avant garde designers Herbert Bayer, El Lissitsky, Jan Tschichold, Piet Zwart, Paul Schuitema, Ladislav Sutnar, Theo van Doesburg, and Kirill Zdanevich were vital to the development of Monguzzi’s own typographic applications and designs for a dynamic graphic language. In 1965, he moved to Montreal in order to design nine pavilions for Expo 1967. In his designs for the pavilions, Monguzzi applied ideas about three-dimensional structure and perception as a... more.

We have 4 objects that Bruno Monguzzi has been involved with. 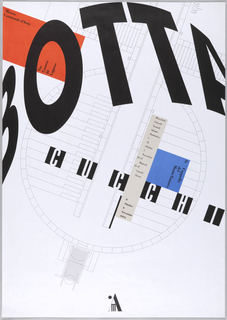 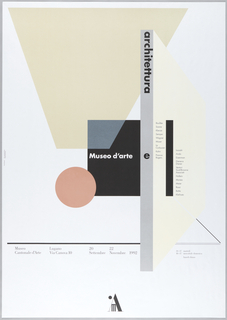