Blonder was an Austrian film director in Germany of the silent era and most famous as the director of the film genre Bergfilme (Mountain Films). He studied at the Kunstgewerbeschule (School of Applied Art) in Vienna from 1911 under Oskar Strnad and Josef Hoffmann. He was active with the Wiener Werkstätte earlier in his career, contributing numerous designs for exhibitions, such as the Cologne Deutscher Werkbund exhibition in 1914 and the Vienna Kunstschau (Art Show) of 1920. Blonder was a member of both the Austrian Werkbund and the Central Association of Austrian Architects. He contributed the mural relief designs for the Wiener Werkstätte’s room in the 1914 Deutscher Werkbund exhibition, and designed... more.

We have 32 objects that Leopold Blonder has been involved with. 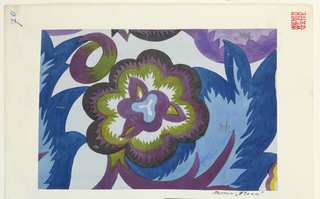