We have one object that Philippe Weisbecker has been involved with. 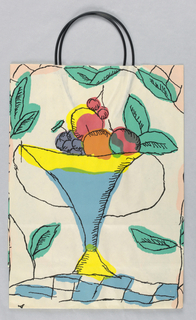