Wendy Ramshaw studied at the Newcastle-upon-Tyne College of Art and Industrial Design (1956-60); Reading University (1960-61); Central School of Art and Design (1969), originally studying illustration and fabric design before switching to jewelry. Ramshaw gained prominence in the early 1960s with her husband, David Watkins, by creating jewelry using screen-printed acrylic and paper. By 1970, she started working in silver and gold in a minimal style that has become a hallmark of her work. Ranshaw has received many honors. She was made an Officer of the Order of the British Empire (OBE) in 1993, a Royal Designer for Industry, and a Commander of the Order of the British Empire (CBE) in 2003, for her... more.

We have 10 objects that Wendy Ramshaw has been involved with. 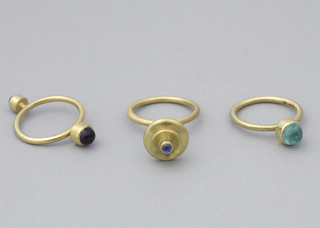 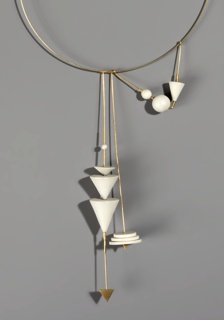 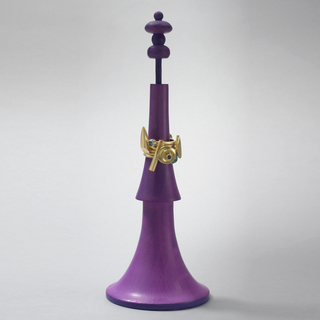 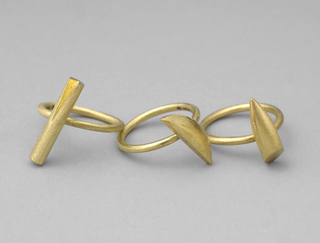 We know 3 people that Wendy Ramshaw is related to.