Agostino Brunias, born in Italy, was in London exhibiting at the Society of Arts by 1763. He worked in London as a painter and engraver until commissioned to go to Dominica (the future Santo Domingo/Haiti) possibly by the British Colonial governor in about 1770.He remained there, dying in 1796. He painted large scenes of figures of blacks, mixed race and white plantation owners to servants, in various types of clothing in landscapes. Some of these were sent back to England and displayed in exhibitions at the Royal Academy and elsewhere. He also produced engravings of similar scenes while there. Six of the set of eighteen buttons stated to have been owned by Toussaint L'Ouverture, in the Museum's collection... more.

We have 18 objects that Agostino Brunias has been involved with. 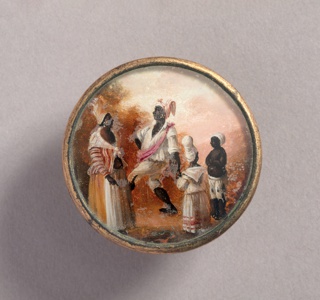 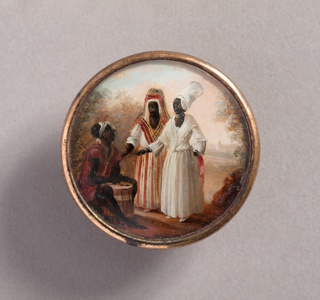 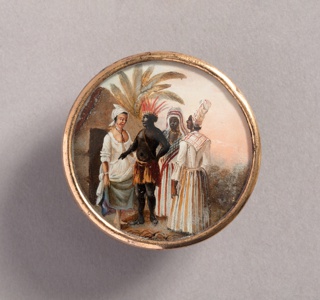 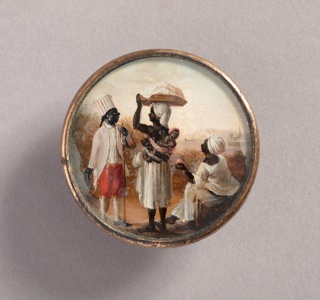 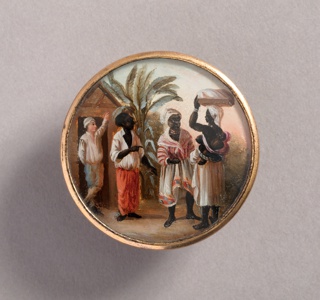 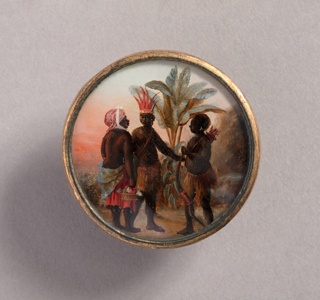