Honoré-Séverin Bourdoncle was a successful chaser and one of the most famous jewelers to produce aluminum objects. He was awarded medals at the French Expositions of 1855 and 1877. Emperor Napoleon III, a proponent of new materials, technologies, and entrepreneurship associated with technological advances, was among Bourdoncle’s clientele.

We have one object that Honore Severin Bourdoncle has been involved with. 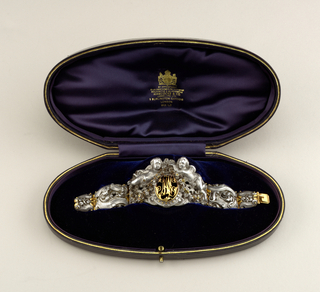