Van Phillips, is an American inventor of prosthetics, probably best known for creating the Flex-Foot brand of prosthetic feet and limbs. Having lost a leg himself in a waterskiing accident at age 21, he was frustrated by the clumsy, uncomfortable artificial limbs available at the time. He left broadcast studies, and entered Northwestern University’s Biomedical Engineering program to focus on creating a new type of prosthesis. He completed his B.S. in 1981, became a development engineer at the Center for Biomedical Design at the University of Utah, and went on to cofound the company Flex-Foot Incorporated, in 1984. Inspired by the shape of a cheetah’s leg, by the late 1990s Phillips had developed the... more.

We have one object that Van Phillips has been involved with. 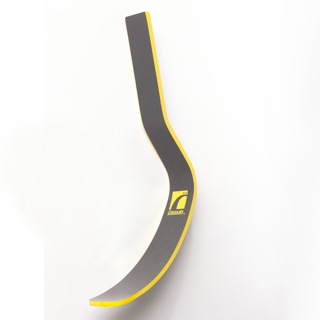