Samuel Yellin (1884-1940) was born in Mogilev-Podilsky (Ukraine region of the Russian Empire), immigrated to Philadelphia 1905 and died in Philadelphia.During the period 1915 to 1920 most of the things Yellin was making without commission, were for the forge, to show off to clients. Then, after, in 1920 to 1925, he was developing things for his home, After 1925 he was so busy with commissions that work made for the forge and home were radically curtailed. Very little elaborate work was made for the forge or his home in the 1930s during the depression, and when later in the 1930s he had to focus entirely on the National Cathedral in Wash DC, his largest commission.

We have 2 objects that Samuel Yellin has been involved with. 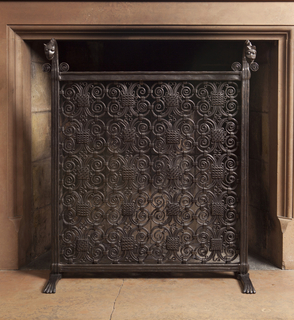 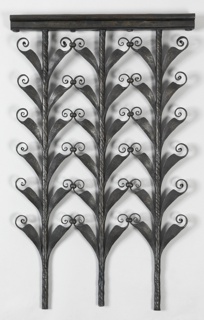