Gertrude Mathilde Oppenheimer, a native New Yorker of German origin, was raised on the Upper West Side of Manhattan. Her parents, David Edward and Mathilde (née Davidson) Oppenheimer, had three children; Gertrude was the youngest. Her father worked in New York real estate, but began his career as a diamond importer. Eventually establishing herself on the Upper East Side, Ms. Oppenheimer led a cloistered life dedicated to collecting embroidered samplers in her Park Avenue apartment. Her samplers were mostly acquired through dealers and antique shows in New York, with a few purchased from Germany. As she collected, Ms. Oppenheimer recorded the details of each sampler in a ledger, noting its country of... more.

We have 479 objects that Gertrude M. Oppenheimer has been involved with. 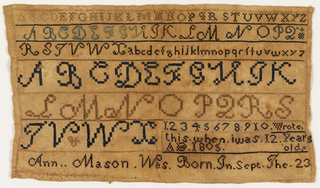 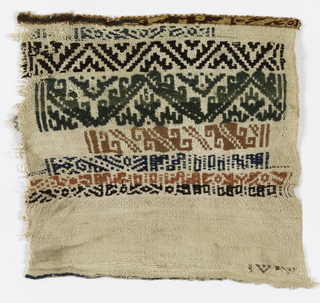 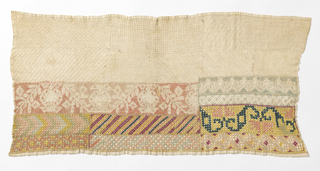 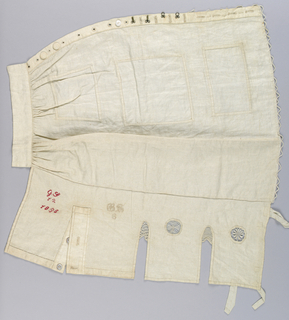 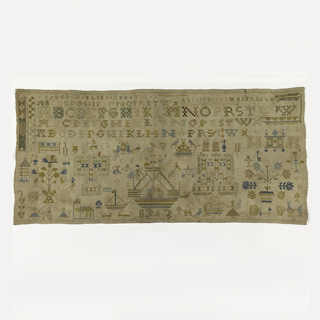 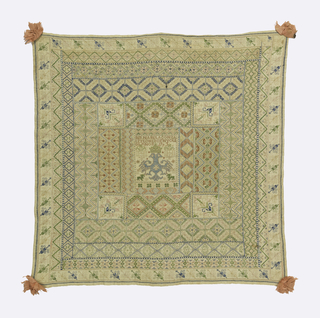