Cuban-born, Brooklyn-raised Art Smith was a major modernist jeweler of the mid-twentieth century. He attended Cooper Union for the Advancement of Science and Art from 1942 to 1946, where he first pursued architectural studies but eventually abandoned them to concentrate on sculpture and the manipulation of three-dimensional forms. During the early 1940s he learned jewelry making while working part-time as a crafts supervisor at the Children’s Aid Society, and through a night course at New York University. He also worked for and was influenced by Winifred Mason, an African-American jewelry designer with a store in Greenwich Village. In 1946, Smith opened his first store, also in Greenwich Village. Inspired... more.

We have 11 objects that Art Smith has been involved with. 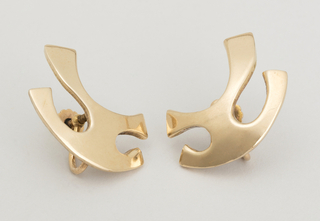 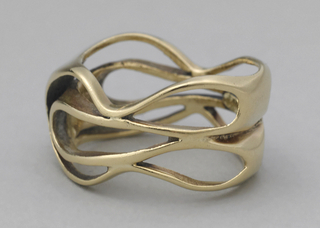 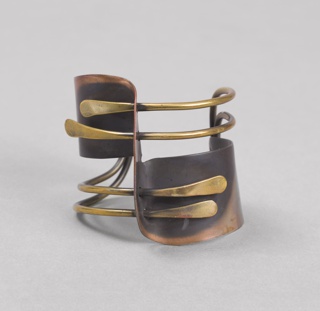 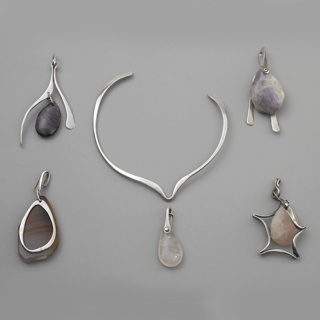