Orinoka Mills was founded around 1890 by the Solomon Brothers in the neighborhood of Kensington, Philadelphia. The manufacture originally produced woven silk fabrics and curtains. It progressively moved towards furniture coverings, and curtain production was abandoned in 1898. James H. Clarke officiated as the company’s superintendent in the 1890s. He was appointed president of the Orinoka Mills in the early twentieth century. In 1910, approximately three hundred looms were used to produce silk, wool and cotton upholstery. In the 1930s the weaving operations were moved to York, Pennsylvania and the South. The company maintained their administrative activities in Kensington, along with two dye houses,... more.

We have 168 objects that Orinoka Mills has been involved with. 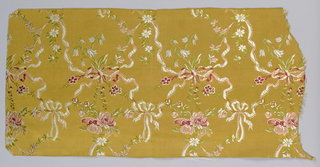 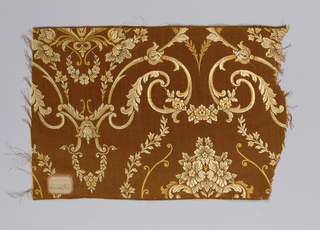 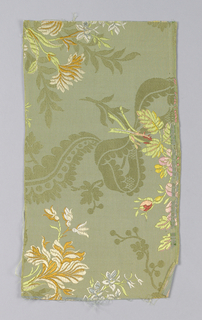 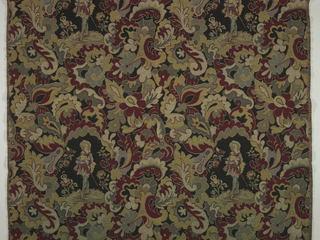