Christine Van der Heide studied at the AKI Academy of Fine Arts in Enschede, the Netherlands. After completing her studies in 1979, van der Heide partnered with Alke de Kroes to found Studio BonBon, a textile design and printing studio, which closed in 1988. Van der Heide has since focused on designing patterns on paper and the production of unique silk scarves. Her scarves are produced using the katazome method, a Japanese stencil dyeing technique that predates silkscreen printing.

We have one object that Christine Wieke van der Heide has been involved with. 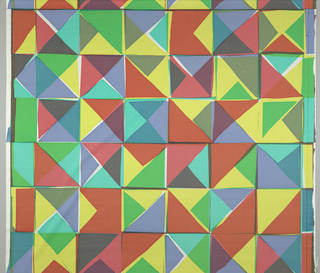