Francisco “Frank” Rebajes (1907-1990) was a self-taught designer and metalsmith. Born in Puerto Plata, Dominican Republic he arrived in New York City in 1923, and by the early 1930s, he was using plumber’s tools to transform cans and scrap metal into animal shaped sculptures. Rebajes first exhibited these works at the Washington Square outdoor show, where Juliana Force, then director of the Whitney Museum, purchased them all. Using the money from this sale, Rebajes rented his first store in Greenwich Village, where he began developing what would become his emblematic line of copper jewelry. Although copper made up the majority of the production, Rebajes also used silver, gold, semi-precious stones,... more.

We have 48 objects that Francisco Rebajes has been involved with. 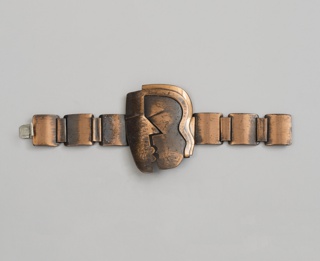 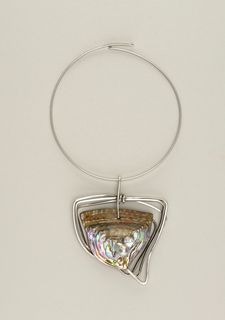 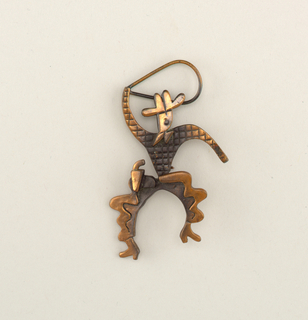 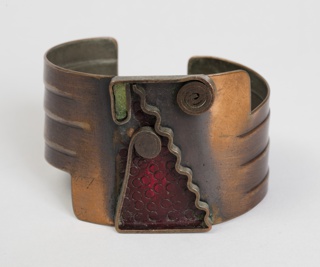 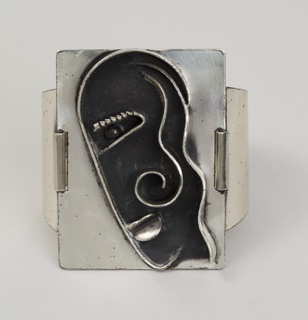 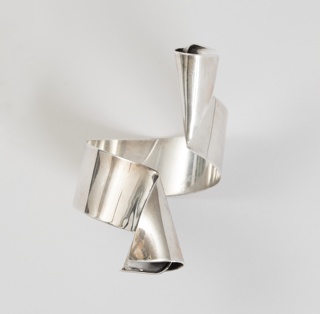