Architect, educator, writer, and designer, Gaetana (or Gae, pronounced “guy", as she was known) Aulenti studied at the Milan School of Architecture of the Polytechnic University, and graduated in 1954 as one of two women in a class of twenty. She joined the staff of Casabella magazine, working there as an art director from 1955-65. She, along with several other young designers, rejected the international modernism of masters like Le Corbusier, Ludwig Mies van der Rohe and Walter Gropius, and were instead influenced by the philosophy of architect and writer, Ernesto Nathan Rogers, who espoused an appreciation of historical context in architecture. They would eventually form the “Neo Liberty” movement in... more.

We have 4 objects that Gae Aulenti has been involved with. 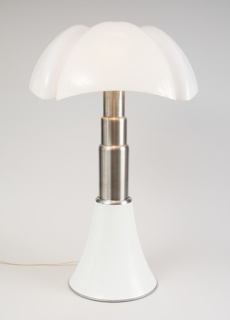 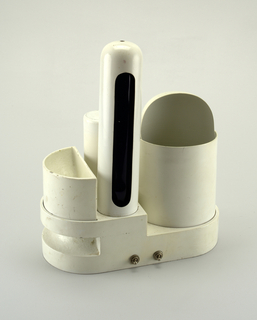