Glass and jewelry designer. After the death of his father in 1876, Lalique worked as an apprentice to the jeweler and goldsmith Louis Aucoc. He studied at l'Ecole des Arts Decoratifs and subsequently pursued studies in London. In 1880 began to work as a freelance jewelry designer in Paris, and by 1882 was designing for Aucoc, Boucheron, Cartier, Destape, Gariod, Hamelin, Jacta, and others. Lalique took over Jules Destapes' jewelry workshop in 1885. In 1892 began to incorporate glass into jewelry, in the form of cast pate-de-verres. Opened his first shop in 1905, and soon after Lalique began designing perfume bottles for Coty. In the same year he rented the Combs-la-Ville glassworks, which was forced to close... more.

We have 18 objects that René Lalique has been involved with. 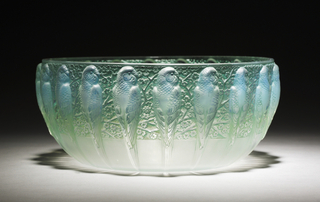 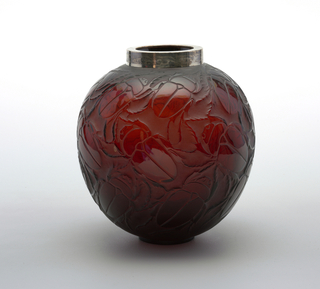 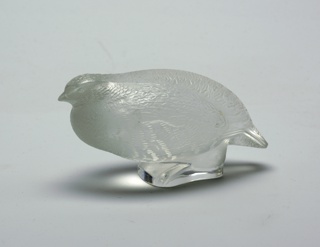 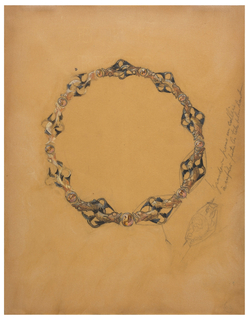 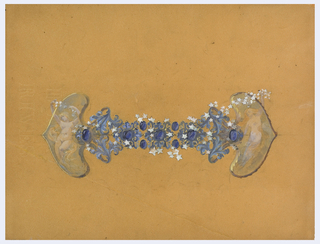