Albert R. Valentien, born in Cincinnati Ohio, was an artist from childhood who joined the Rookwood Pottery company by the age of 19. He became the head decorator there, staying for 24 years, applying his painting skills to Rookwood's earthenware creations. In 1899, they both travelled to Europe to study art in anticipation of creating especially worked pieces for Rookwood to display at the 1900 Paris Exposition. Much of Valentien's early decorating style was heavily influenced by Japanese design and motifs, including flowers, which he later painted from life, in watercolor and later in oil paintings in California, where he and his wife, Anna Marie Bookbinder, an artist and sculptor in her own right who... more. 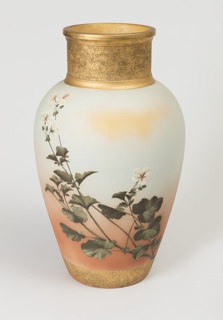 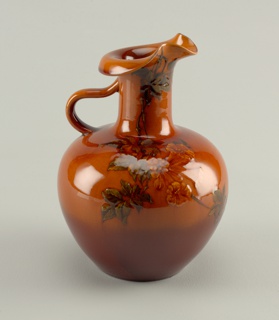