The Zsolnay firm was founded in 1853 by Miklos Zsolnay, and his son Vilmos Zsolnay took over the company's leadership in 1865. It was under Vilmos the Zsolnay began to innovate both the design and technology of its ceramic wares. Combining local tradition with close attention to the stylistic developments in England and France, Zsolnay's production was unique in its period. Vilmos' experimentation included reinterpretation of historical forms, including those with references to the Far Eastern origins of luster ware.

We have 2 objects that Zsolnay, Pècs Factory has been involved with. 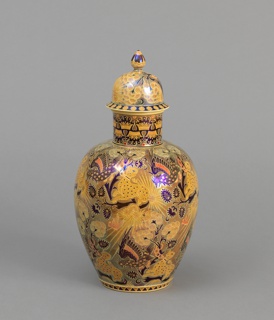 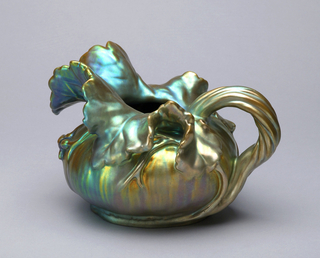 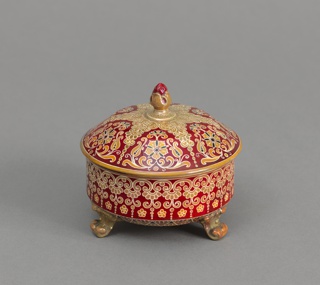