Augustus Charles Pugin possibly came to England during the French Revolution, although the exact circumstances and date of his arrival are not known. In 1792, he entered the Royal Academy Schools and worked as a draftsman for John Nash (1752–1835). In 1799, he exhibited a design for a villa at the Royal Academy. His architectural drawings were outstanding for their clarity and accuracy, and he worked frequently as an illustrator of architectural treatises. Some of his most notable contributions are illustrations for The Microcosm of London (1808) and two volumes of Specimens of Gothic Architecture (1818). After the success of Specimens, Pugin worked for Nash between 1819 and 1824, drawing the plates for... more.

We have 9 objects that Augustus Charles Pugin has been involved with. 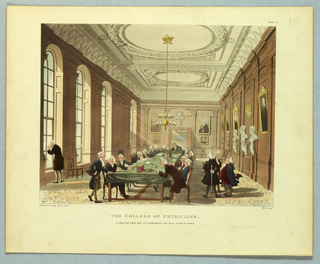 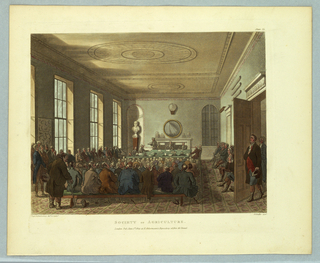 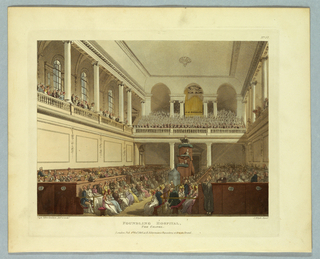 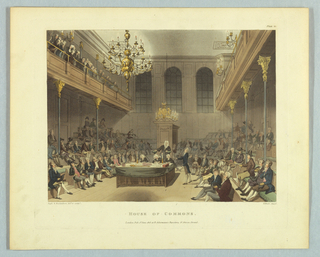 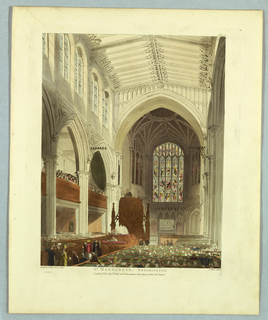 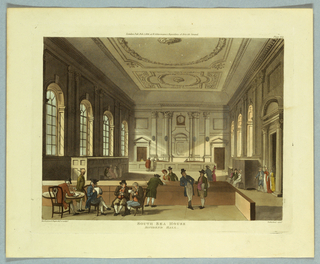