April Greiman trained at Kansas City Art Institute (1966-70). She continued her post-graduate studies with Wolfgang Weingart and Armin Hoffman at the Kunstgewerberschule, Basel (1970-71). Greiman was an instructor at Philadelphia College of Art and was working in both Philadelphia and New York. In 1976, she moved to Los Angeles and established a studio, where she became the leading figure of emergent "NEW WAVE" design. Greiman was then appointed to Director of the California Institute of the Arts in 1982 where she had the opportunity to work with photographer Jayme Odgers to experiment with video and computers. Greiman's approach to design is to look at the page as a 3D space through juxtaposition of... more.

We have 45 objects that April Greiman has been involved with. 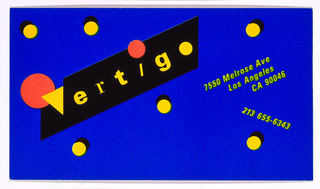 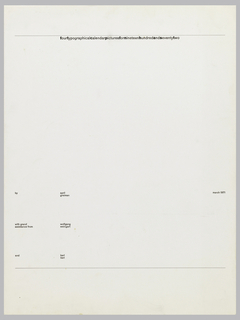 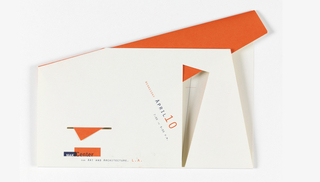