Emerging Objects was co-founded in 2013, by Ronald Rael and Virginia San Fratello as an independent, creatively driven company specializing in innovative 3D-printed architecture, building components, environments, and products. With the successful development of their Potterware software, Emerging Objects recently launched The Bottery, a studio space in California for the creation of robotic ceramics. In 2018, their work was displayed in The Senses: Design Beyond Vision exhbition (April 13-October 28, 2018) at Cooper Hewitt and Rael participated in a DISEÑO program where he led a public workshop and on spoke on the work of Emerging Objects.

We have one object that Emerging Objects has been involved with. 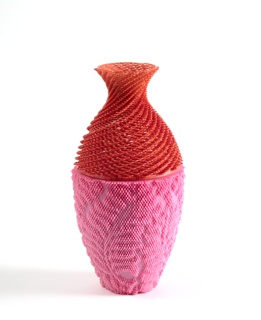 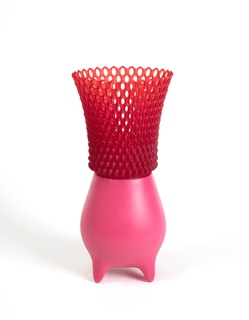 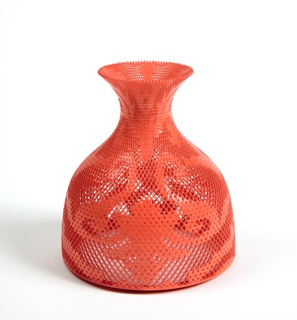