Known as the "father of the mobile phone," Cooper was born in Chicago and educated at the Illinois Institute of Technology, from which he earned bachelor's and master’s degrees in electrical engineering. In 1954, Cooper joined Motorola, where he developed the first handheld police radio system for the Chicago Police Department. While at Motorola, Cooper also worked on technology that expanded the use of pagers from within one building to across cities. Today, Cooper is a member of the U.S. Federal Communications Commission’s Technical Advisory Committee.

We have one object that Martin Cooper has been involved with. 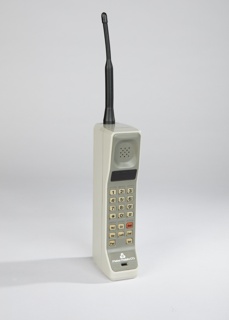