The American Woolen Company in Lawrence, Massachusetts was a group of New England woolen mills that were consolidated in 1899 under the direction of William M. Wood and Frederick Ayer. In 1905, the company built the largest mill in the world, the Wood Mill, followed by the neighboring Ayer Mill in 1909. The Ayer mill was created to spin and dye wool yarns for the company. At its peak in the 1920s, the American Woolen Company operated 60 New England woolen mills, and during World War II the company was ranked 51st in the country for the value of its military contracts. However, the New England textile industry went into rapid decline after the war, and Ayer closed in 1955. Today the mill is best known for its... more.

We have 2 objects that American Woolen Company has been involved with. 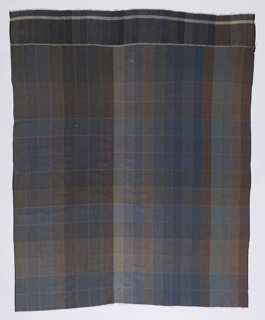