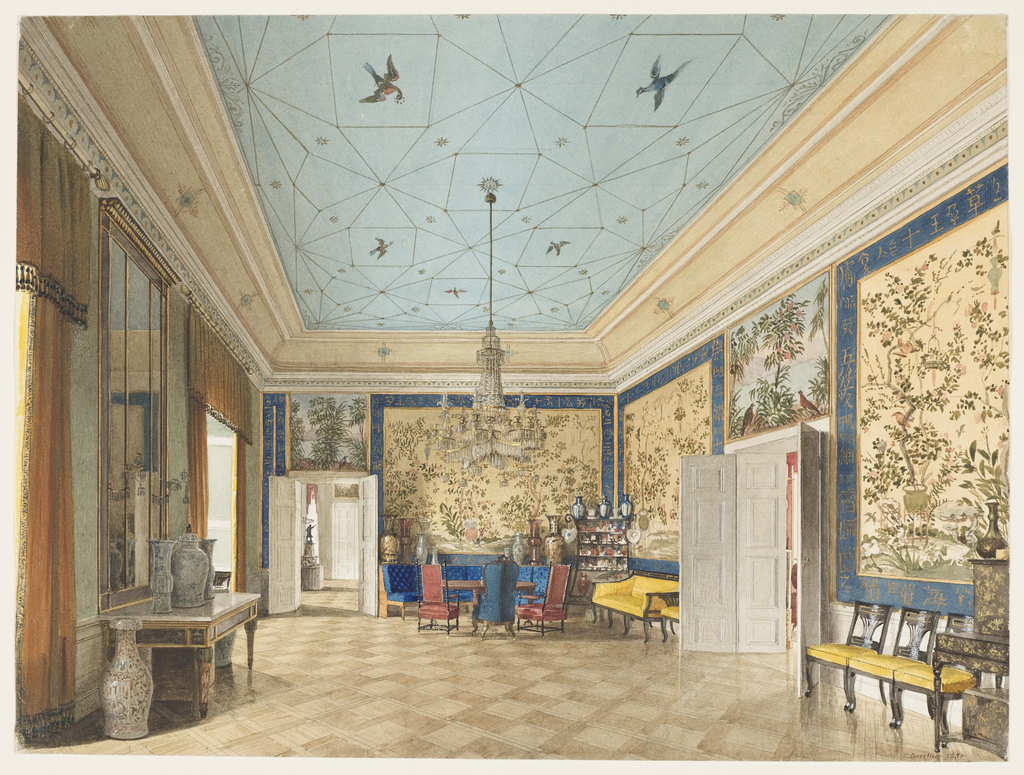 See more objects with the color tan grey silver darkolivegreen rosybrown or see all the colors for this object.

Drawing, The Chinese Room in the Royal Palace, Berlin

This is a Drawing. It was created by Eduard Gaertner. We acquired it in 2007. Its medium is brush and watercolor, gouache, graphite on white wove paper. It is a part of the Drawings, Prints, and Graphic Design department.