Ilonka Karasz, Works from the Collection

Ilonka Karasz (American, b. Hungary, 1896–1981) is an important yet overlooked figure in 20th-century design. During her long and prolific career, she worked in a wide variety of media, producing designs for wallcoverings, textiles, carpets, lighting, ceramics, metalwork, toys, and furniture. She is perhaps most well known for her popular cover illustrations for the New Yorker magazine. Through her ambitious creative output, Karasz helped popularize a modern aesthetic in the United States. In addition to highlighting the depth and breadth of Karasz’s creativity, this exhibition presents the museum’s recent acquisition of exquisite Karasz drawings and related wallpapers from the 1940s.
A native of Hungary, Karasz studied at the Royal School of Arts and Crafts in Budapest before arriving in New York in 1913 and immersing herself in the city’s avant-garde artistic community. Her prize-winning textile designs for the “Designed in America” campaign, sponsored by Women’s Wear Daily, propelled her career forward in the early 1920s. Turning to industrial design, Karasz created furnishings and metalwork for the high-profile exhibitions of American Designers’ Gallery in 1928 and 1929. She collaborated with notable designers such as Donald Deskey (American, 1894–1989), who frequently employed her textiles in his designs for interiors. From the 1940s–1960s, her wallpaper designs for the firm Katzenbach and Warren brought her national exposure, as she produced contemporary designs that deliberately called attention to the two-dimensional aspects of wallcoverings and referenced Asian art and Islamic architecture. Her scenic papers and graphic murals were printed using novel techniques that preserved the expressivity of her drawings. Into the early 1970s, she continued illustrating covers for books and magazines, many of which portrayed city scenes and life around her home in suburban Brewster, New York. 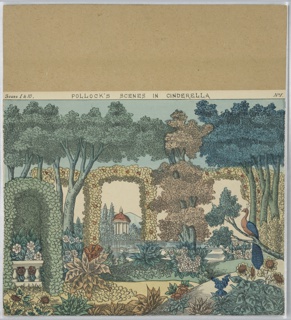 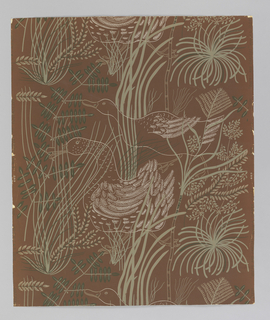 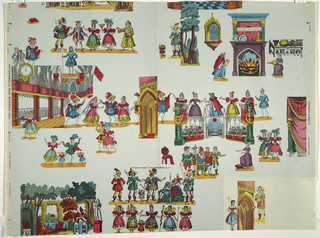 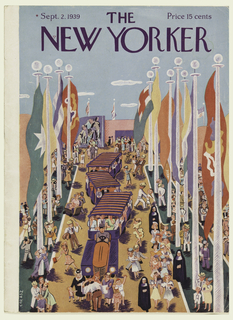 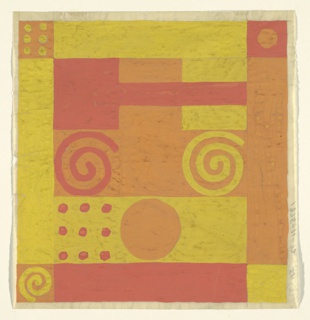 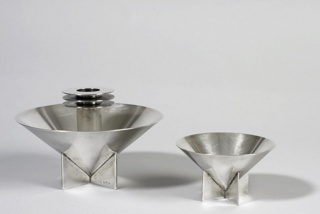 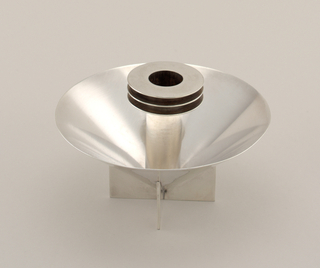 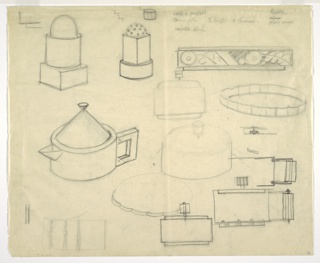 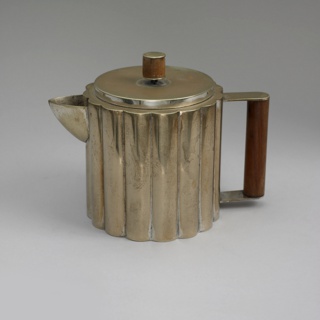 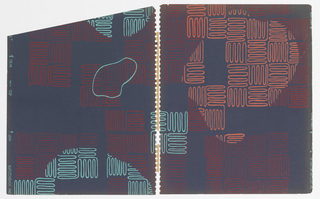 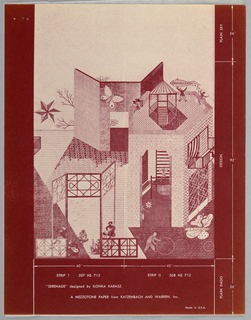 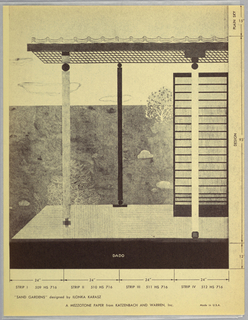 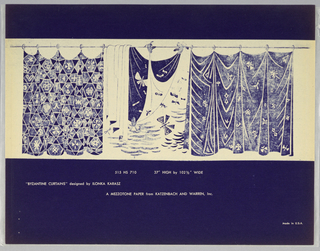 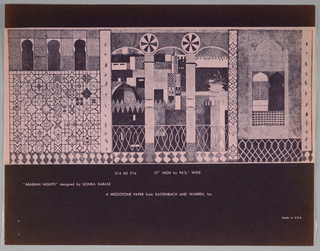 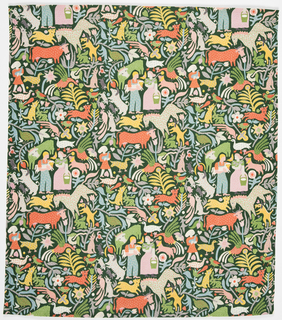 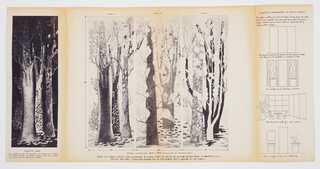 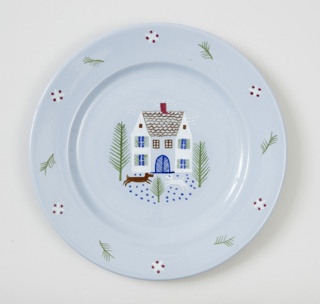 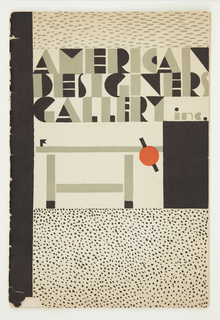